An excerpt from To Tame a Warrior's Heart


After a lifetime spent fighting for others in distant lands, he had finally returned to England to take his rightful place among his kind. Tall, strong, handsome--a warrior blessed with skill and grace upon the battlefield.
And between the sheets, rumor had it.
Lord Nicholas Talbot appeared the embodiment of knightly virtue, a nobleman born and bred.
King John knew better.
How it pleased him to bend Talbot to his will, to watch as the arrogant young lord danced warily through the intricacies of Court. Sooner or later, Talbot would trip and reveal his true self to the world.
That thought brought a pleasure of its own.
But until he did, his liege lord would make use of his skills, send him to the far reaches of the kingdom, if he wished.
And if Talbot did not obey, 'twould be an easy task to expose his shame to the world.
King John smiled. No matter what the deed, how could Talbot refuse?

Nicholas wiped the beaded moisture from his face, though his glove felt just as wet from the clinging fog. He shook his head to clear the exhaustion from his brain and berated himself yet again for his stupidity. 'Twas foolish not to have accepted Rannulf's offer of a guide; it would have given him company to ease the boredom of the journey, as well as reassurance that he hadn't wandered away from the route to Dolwyddelan.
But he'd dared not linger at l'Eau Clair, not when Lady Catrin uerch Dafydd might arrive at any moment. Gillian's cousin was an enigma, a siren who drew him to her even as she sought to keep him away. Since he didn't understand her allure, he avoided her when he could.
Instead of lingering in comfort with Rannulf and Gillian at l'Eau Clair, he found himself camping along the trail, wet and miserable.
He should have learned patience by now, patience, and how to play the nobleman's game. But he'd angered his king once again. Look where it had brought him: plodding along a muddy trail through the backwoods of northern Wales. It seemed punishment for every sin he'd ever committed. God knew there were enough of them.
Rapid hoofbeats roused him. Three riderless horses
appeared out of the fog, reins flying as they sped down the road toward him.
A signal set his stallion dancing sideways across the path to halt their headlong flight. He dismounted and sought to calm them. Though they accepted his touch, their foam-flecked hides and rolling eyes bespoke their terror.
Blood--a great deal of it--streaked the light grey
gelding, although it appeared unharmed.
A strange cry pierced the air. He'd swear 'twas a battle cry, but the voice sounded feminine.
Someone needed help.
He grabbed the reins and tied the three horses together, then took up a lead rein and leapt into the saddle. Sword held high, he spurred his mount and raised his voice in a roaring bellow to accompany the thunder of hooves as they raced down the trail.
Too late!
A slight, dark-cloaked figure crumpled to the ground as he broke through the bushes. Even as he rode into the clearing, more ragtag fighters left the brush to add their numbers to the men already gathered within the clearing.
They beset him at once. As they reached to pull him from the saddle, he freed the string of horses and kicked out, sending one man to his knees with blood streaming down his face. He slashed with his sword and sent another to writhe upon the ground.
Perhaps he might escape this fiasco after all.
An arrow pierced his left arm, sending him reeling in surprise. 'Twas all the distraction the ruffians needed. They attacked in force, cudgeling him with stout branches and pulling him from the saddle. His body jerked beneath the rain of blows.
He hit the ground with a thud and struggled against them, but he was no proof against their numbers. Someone stripped back his mail hood and they continued to buffet him about the head and body.
As his vision dimmed around the edges, his lips curled in a smile.
No one would ever believe Nicholas Talbot died doing a heroic deed.

From the book To Tame a Warrior's Heart by Sharon Schulze
Oct. 1997, ISBN: 0-373-28986-3, Harlequin® Historicals
Copyright © 1997 by Sharon M. Schulze
® and ™ are trademarks of the publisher
The edition published by arrangement with Harlequin Books S.A.
For more romance information surf to http://www.eHarlequin.com

Reviewer's praise for To Tame a Warrior's Heart:

K.I.S.S. (Knight In Shining Silver) of the Month--October, 1997 Romantic Times Magazine: "Searching for a true knight in shining silver? You'll find him in Sharon Schulze's To Tame a Warrior's Heart. Nicholas Talbot is a man worthy of his noble title."

" . . . Ms. Schulze gives warrior Nicholas Talbot a story and a woman worthy of his gallantry, chivalry and valor. A colorful medieval romance complete with a ruthless villain, battles, outlaws and sword play, this is one swashbuckler readers will enjoy."

"Sharon Schulze writes an eloquent and evocative medieval."
--Under the Covers Romance Reviewer

"The narrative and dialog is true to the period and flows with ease, building to a taut and powerful ending. Expanding on the great promise shown in her first book, she's returned to provide readers with an even more enjoyable read."
--Tanzey Cutter, Old Book Barn Gazette

"Ms. Schulze uses her talent and writing skills to create a grand read. From page one to the end, you rush from page to page in a hurry to find out how it ends."
--Romance Communications Romance Reviewer

"The rich, sensual detail of Wales and the Middle Ages provides a very stimulating backdrop for the intrigue that Nicholas and Catrin face. The characterizations provide even richer detail. A most satisfying read."
--Affaire de Coeur 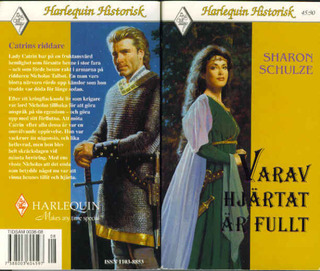 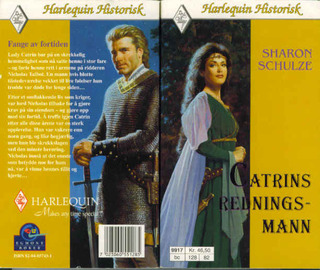 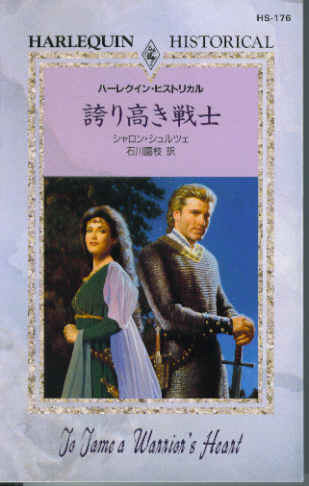