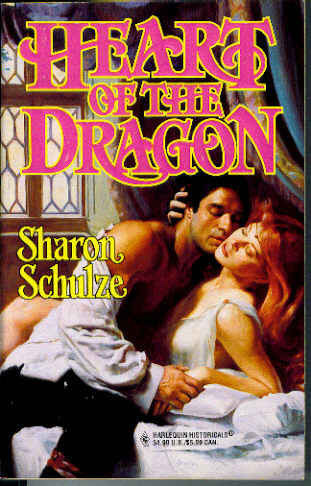 An excerpt from Heart of the Dragon:

Lily breathed deeply and stared up at the obstacle looming before her. Of rough stone, darkly menacing in the fitful moonlight, the curtain wall surrounding Dolwyddelan Keep rose above her like a vision from Hell.
She loosened the strings of her cloak and slipped it off. Rolling it in a bundle, she hid it in the shadows at the base of the wall, next to the sack containing her meager belongings. The wind whipped about her, pressing her short tunic and loose braes snug against her quivering flesh.
The cold didn't make her shake, though she felt naked in the unfamiliar clothing. Nay, she'd borne worse. During the course of this ill-conceived trek, she'd encountered weather as unforgiving as the abbess herself.
She couldn't even call it fear. It was desperation that made her shiver--but it had also lent her the strength she needed in the weeks since her mother's death. Without that spur to goad her on, she'd never have escaped the confines of the cloister, let alone found Llywelyn.
For all the good it had done her.
Lily held her icy fingers to her lips in a vain attempt to blow some life into them. Exhaling deeply, she forced all her qualms to the back of her mind. It was no use thinking about it yet again. Some things had to be done, 'twas all. She focused upon the rough-cut stones and, hands and feet groping for purchase, began her ascent.

Lily's breath ran short before her scant supply of curses. His firm grip spoke as clearly as words that any attempt to free herself would be doomed from the start. She knew firsthand of his strength. How else could he have hauled someone as tall as she up and over the wall with such ease? She'd always felt huge and clumsy, towering as she did over the sisters--as well as the few men she'd met. But the top of her head came no higher than his shoulder. She'd do well to respect his size, and the power and confidence he wore like a mantle.
Besides, she was inside Llywelyn's keep, just where she wanted to be. In the company of a man of some authority, if the guard's reaction was any indication. Still, being carried thus certainly lacked dignity--as well as being painful. She tried to get more comfortable, but couldn't squirm into a position where his brawny shoulder didn't force the air from her lungs with every jolting step.
The heat on her face had more to do with the cursing she'd done than hanging upside down. With blasphemy added to all the sins she'd committed of late, she'd be better off going back to the abbey and taking the veil in atonement. And likely doing penance the rest of her life.
Where was he taking her? The sounds of revelry soon grew faint as he carried her toward a shadow-filled corner of the bailey.
She doubted she'd see Llywelyn this night.
Her ill-planned scheme didn't seem any more likely to bring her to the mighty prince's notice than anything else she'd tried. Although there didn't appear to be the strict social order in Llywelyn's court that she'd expected, she knew no one who could help her. Tonight's foolishness had been a desperate act, she'd known it from the start.
But then, she was a desperate woman.
However, clinging to the curtain wall had been less frightening than her present situation. A lifetime spent within the confines of the cloister hadn't prepared her for the darkness she'd seen in her captor's eyes.
As surefooted as a cat's, his step never faltered. The shadows grew deeper, closing about them until the moonlight was little more than a memory. They entered a building--she could feel the walls surrounding them, but she didn't realize it was a tower until they began to ascend the spiraling stairs.
They stopped, his sword clattering against stone. A faint, metallic jangle told her he held a ring of keys.
The door opened silently. Her captor kicked it wider, then crossed the chamber and dumped her from his shoulder.
She couldn't help grabbing for him, her only reality in the fearful sea of darkness. Her fingers grasped emptiness as she landed flat on her back on a soft pallet.
Did he think to bed her? Why else would he have carried her off to his lair? Sister Alyce maintained that men thought only of their pleasure whenever they were around a woman; 'twas the reason so many young girls sought the safety of the cloister. As unlikely as that seemed, she'd best take no chances. She scrambled to her knees, hands reaching for the edge of the mattress. Mayhap she could get away before he kindled a light, or at least--
The scent of burning tallow brought her head up, and the sight before her held her transfixed. The candles he held cast his features into harsh relief, lending a satanic aura to his face and giving credence to her fears. "Going somewhere?" he asked, raising an eyebrow in inquiry.
His voice was smooth, melodious. A shiver rose at her nape in response to the seductive timbre. Heart pounding wildly, Lily crawled off the bed and stood. He reminded her of a wild animal, beautiful, appealing, and untamed. But she knew better than to show fear before him. Taking a deep breath, she stiffened her spine and met his gaze.
His eyes held her captive as he set aside the branch of candles and moved to stand before her. "If this is meant as a disguise," he said, slipping the cap off her hair, "it doesn't work. Not in the light." He took her chin in his hand, his fingers hard and warm against her skin, and tilted her head. "Only a fool would mistake you for anything but a woman."


From the book Heart of the Dragon by Sharon Schulze
Mar. 1997, ISBN: 0-373-28956-1, Harlequin Historicals®
Copyright © 1997 by Sharon M. Schulze
® and ™ are trademarks of the publisher
The edition published by arrangement with Harlequin Books S.A.
For more romance information surf to http://www.eHarlequin.com

Reviewers' praise for 1995 Golden Heart® Finalist Heart of the Dragon:

"Sharon Schulze's strength . . . lies in her ability to create and maintain the inner strength and integrity of her characters as they face soul-destroying obstacles."
--Romance Communications


" . . . a book of intense adventure and great passion . . .will keep you warm on a cold winter's night"
--AOL Romance Reviewer

"Medieval fans should find it a most enjoyable evening's read."
--Affaire de Coeur 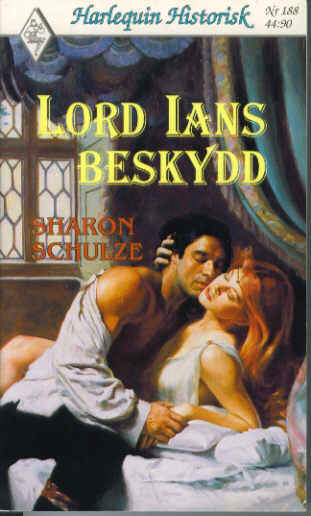 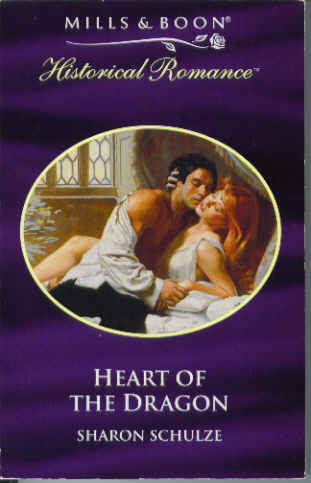 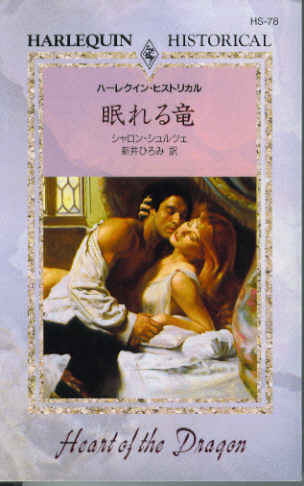 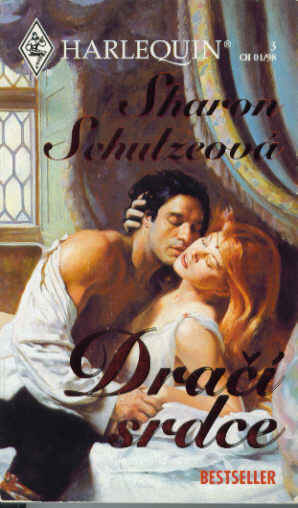