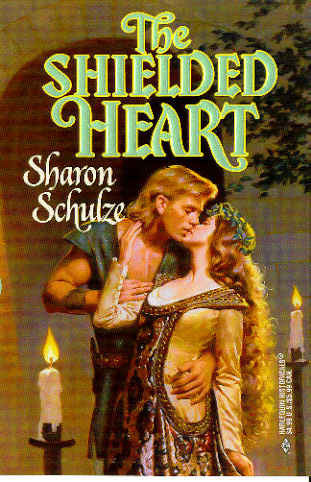 An excerpt from The Shielded Heart

He'd lingered here too long.
Heart pounding hard in his chest, Swen rolled onto his back and stared at the night-shadowed ceiling.
He could not halt the images his traitorous mind painted there.
Past, present . . .
Future?
He closed his eyes, yet the illusions taunted him.
He lay there, eyes open, as scenes plated themselves out before his unwilling gaze. How he hated them, and himself--powerless to bring them to an end, powerless to change the cruel hand of fate.
Had he made yet another life for himself--found a place where he'd gained respect, found friends dearer to him than his own family--only to lose everything he valued once again?
The images faded. Despite the weariness and loss weighting him down, Swen climbed out of bed and began to dress.
The only way to escape this curse was to run farther, faster, never allowing his emotions to catch up.
Eyes burning, he stared into the darkness.
Alone. Running all his life.
Why had he believed he could ever stop?

Anna accepted her escort's assistance and climbed atop the chestnut gelding, giving the earnest young man a smile despite her discomfort. It wasn't his fault she'd come to loathe the factious beast they'd given her for the journey. 'Twould have been the same had they mounted her upon the most docile palfrey; over the years she'd agitated many a steed by her mere presence. It made any form of travel, save shank's mare, a battle of wills.
If only her workshop were nearer the abbey, she could walk when Father Michael summoned her, instead of traveling nearly a day's ride surrounded by a troop of guards. So much time lost, away from her work--time she could ill afford. Yet the abbot pressed her for more, always more, in his vain attempts to please the abbey's most eminent patron, King John.
She took a last look from atop her lofty perch. The brilliant sunlight made the grey stones of the Abbey of St. Stephen of Murat gleam with a heavenly aura.
Though she appreciated its beauty, she also knew 'twas just the effect the order sought.
Heaven on earth . . . with his Eminence, Pope Innocent, as its king.
And Anna d Limoges as the Church's faithful servant.
Her lips curled into a wry smile as she nudged her horse into motion. She knew better than most just how calculating even Father Michael, the most gentle of men, could be.
He was no different than any other man of God in that respect.
Yet how could she complain, when they allowed her to practice her craft?
Once they'd been on the road for a time, Anna and her mount reached enough of an understanding that she could focus her attention on more important things. Her design of the chasse the abbot had commissioned to hold his latest acquisition--reputedly a splinter of the True Cross--didn't seem quite right, though she hadn't yet decided what bothered her about it. She'd created a number of reliquaries in the past few years, but this one. . . She must make this one different from the others, something unique, special--the perfect frame for so holy an object.
The perfect gift for King John.
If only Father Michael had permitted her to touch it. . .
She sighed. 'Twas likely just as well she had not. For whether the splinter truly came from Christ's cross, or was nothing more than a piece of wood, the abbot would have her embellish this chasse with the finest enamelwork.
Mayhap he had good reason to keep the relic from her grasp. It was not for her to decide if the object was worthy of the frame she created for it.
Anna shook off her uneasy thoughts. 'Twas unusual for her to see darkness looming about her, tainting her view of the world. With little more than bits of metal and glass, and the images that filled her mind, she created pictures of color and light. Through her vision stories of God's love, transformed into art fit to grace any altar.
Her attention focused inward, she relaxed in the saddle and settled down to ponder her creations.
To create the enamels was her purpose in life; for as long as she could remember, her thoughts had centered about her work. She'd been blessed with a gift.
And because of it, she had become a gift of the Church.

From the book The Shielded Heart by Sharon Schulze
Dec. 1998, ISBN: 0-373-29042-X, Harlequin Historicals®
Copyright © 1998 by Sharon M. Schulze
® and ™ are trademarks of the publisher
The edition published by arrangement with Harlequin Books S.A.
For more romance information surf to http://www.eHarlequin.com

Reviewers' praise for The Shielded Heart:

"A fine addition to the author's l'Eau Clair Chronicles and one that will make readers look forward to more!"

"Schulze offers up her own artistry with an evocative sense of place and history and strong characters, worthy of meeting."

"The Shielded Heart is a gentle love story set against a bold Medieval tapestry."

--Carol Carter, Bookbug on the Web 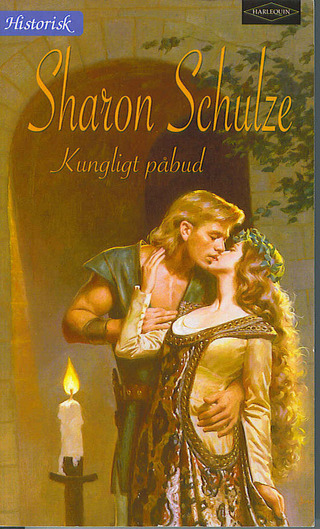 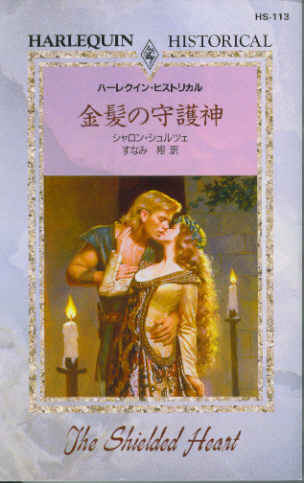 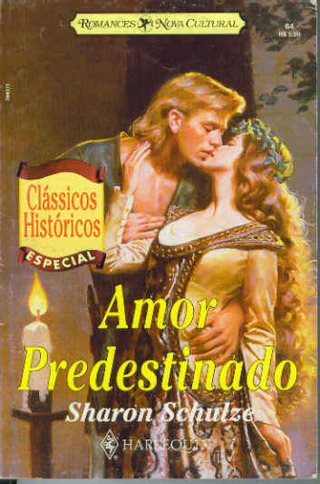